Welcome to our Top Five To Survive! Series. We've shared your pain, and now we're going to make your life just that little bit easier with a new section. We've been to Spain, the Middle East, Brazil and now we venture to South Africa!

Based on the fact that the majority of South African’s consider chicken a vegetable and ‘braaing’ (or a BBQ) a sport....If you think we’re generalising;
- there is a Public Holiday dedicated to this past time AND
- a reality tv program The Ultimate Braai Master

We thought being a vegan in South Africa could be quite the challenge! Our first tip, never agree to eat 'Braaivleis' - enjoy our 5 to survive SA. 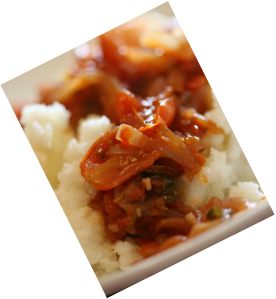 
Pap, or mieliepap is a traditional South African polenta-like dish and we will admit, it is quite bland -
but pair it with Chakalaka, a spicy vegetable relish and you’ve got South African soul food. 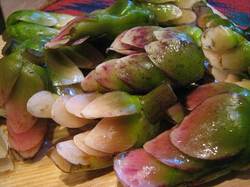 A South African version of artichokes, Find them, and your vegan lives will be changed! Sadly, they are     traditionally used in ‘waterblommetjiebredie’ - a VERY non-vegan stew! We chose to have ours simple -     steamed with salt to taste. Delicious. Literally translated as ‘water-florets’ they are indigenous to the         Cape of South Africa and sadly, only available in season. 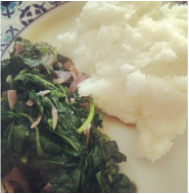 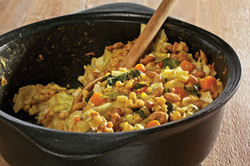 A bowl of heart-warming winter food - a very traditional dish and the favourite food of Nelson Mandela.         Made by simmering samp (stamp mielies), sugarbeans, onions, potatoes, chillies and lemons.
A word of warning - some variations use butter, so remember to ask first.

There are two phrases you need to know on an APF holiday in Brazil.

They should stand you in good stead. We are not promising dining out will be easy, (but you are APF, you're used to that), and we'd be lying if we didn't tell you that Brazil's cuisine is very meaty and cheesy, with popular snacks being cheese pasty type things; we really wanted to try the traditional black beans, but sadly we found this impossible as it is served as a side dish to a mixed grill! However, work these Five in to your grazing and you'll survive...

1. Acai
Acai is pricey anywhere else in the world - available in powders or capsules, but in Rio you get big, icy, acai slushies! Served everywhere, at any time of day, it isn't just a great APF ice-cream alternative but this superfood is literally a cup of goodness due to it's antioxidant properties and anti-ageing benefits.
You can order the acai on it's own or "com granola" or "com banana" on top!

2. Build your own salad
This will be your saviour.
On every street corner is a sandwich/salad chain. And for a bit more money than your average cheese toastie you get handed an ingredients list to build your own salad.
You will never have so much fun on a multiple choice questionnaire!
Size, base, toppings and dressing options abound.
The only limiting factors would be not knowing the Portuguese for 'quinoa' (we never figured that out either), but the rest of the vocabulary is pretty easy to discern.
Dig in!

4. Fruit and veg stalls
Your options eating traditional foods out are limited, and if you don't speak Portuguese or some Spanish you will definitely struggle to express the desire not to want cheese on your meal. So head to the many outdoor fruit and veg markets and buy all the delicious mangoes, papayas and avocados you can find - basically all the foods that are expensive in Europe that you eat as treats are all over the place in Brazil, and understandably, the quality is great.
5. Caipirinhas!
So, when all is said and done, you might not find yourself in a food coma but don't forget - you're IN BRAZIL! So dig into a caipirinha - they're available everywhere - we found really fabulous, potent ones from a street vendor for BR$ 5 (£1.30)! Beat that! Put up your sandy feet, take a sip and enjoy a liquid dinner instead!

Managing in the Middle East

﻿ We've had the pleasure of trekking extensively around the Middle East - it's a favourite nook of ours because it has blazing sun, friendly folk and of course, APF eats!

When you think of the Middle East, a greasy meaty shawarma or yoghurt topped delicacy springs to mind, but actually, as is often the case in hot countries, there are many APF dishes - because historically in that sunny climate, storage was an issue and dairy products often curdled quickly.

You should know that there is a heated debated over where these dishes in this Top Five To Survive originated. (The Lebanese Industrialists' Association threatened to sue Israel for its marketing of hummus as a national dish, and there's even a documentary named 'Make Hummus Not War'!)

All we know is we were travelling long hours, sightseeing and sweating and we needed APF assistance.

1. Falafel. Falafel, Falafel. You know what they say: 'Once you have them in Beirut, you'll never go back.' Or at least they should say that!
Freshly-made. Clean-tasting. Crisp. Delicious. There's a falafel stand on every corner and don't worry about them being deep fried in dirty oil either. Obviously use your judgement, but we found the majority of stands to be vegetarian. 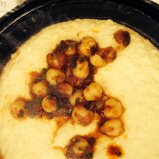 2. Hummus. And more hummus. In vats. Often. Last year the UK got through £60m of the chickpea blend (that's 12,000 tonnes of the stuff!) and yes, you can get pink ones, yellow ones, brown ones, ones with sprinkles, ones with chunks...but let me tell you, hummus served under the hot sun, mopped up with a massive chunk of warm pitta fresh from the oven beats a £1 mini pot from your local supermarket.

3. Tabbouleh - a refreshing salad of bulgur, chopped parsley, tomatoes, mint, onions, lemon juice. After all the pitta you've been hoovering up, this is a welcome, light, fresh meal. Often served with a drizzle of tahini (sesame seed paste) on the top. Two amazing tastes in one dish.

4. Halva - a sweet that hits the spot completely. And you only need a little to hit that spot! It's a crumbly fudge-like candy made from sesame paste and comes in a number of variations, most commonly pistachio flavoured. *Be sure to check store bought cheaper versions do not contain eggs and dairy.

5. Ful medames - stewed, mushy goodness of fava beans, with olive oil and a sprinkling of red pepper. Often served warm, as a breakfast dish. And don't worry! The creamy stuff drizzled on top isn't yoghurt, it's tahini, so dig in!

If you end up in Israel, you'll be one of an estimated 200,000 vegans (out of a population of about 8 million). Definitely leading the way for the Middle East in the APF revolution, particularly in Tel Aviv, where Dominos Pizza and the popular coffee chain 'Aroma' have been successfully petitioned to provide vegan options.

You'll also be glad to know that Jewish dietary laws (kashrut) are very specific and complement our APF beliefs. Kashrut forbids consumption of pork, shellfish, insects or food that has been infested by insects, and meat and milk is never served together or cooked with the same utensils. So searching for the 'Kosher' sticker is a good place to start. What's great is that food in Israel is labelled thoroughly (Containing Dairy (D), Manufactured on Dairy Equipment (DE) etc.), but keep your eyes peeled because fish and eggs are considered 'pareve' (acceptable to consume).
When we crossed over into Palestine we learnt the all important statement in Arabic: 'ana nabati', roughly translated as I am vegetarian but understood also to mean 'I am vegan', and 'biddun lahme' meaning 'without meat'.
According to Islam, haram (forbidden) foods include pork and blood, and gelatine is also steered clear of. So just stick to the all important Arab phrases and shop in the markets, stocking up on the amazing fruit and nuts readily available to you. Also, be sure to head over to Ramallah, spend a long afternoon with a vegan burger in Sangria's Restaurant! With some mint tea, you'll be recharged and ready to go. Remember to Stick to our Five To Survive and Tweet us a postcard! @ukextraveganza

Summer's approaching and if you're like one of the many yearning for a few rays then you're likely to be heading to Spain at some point (a staggering 14 million of us Brits do every year). But how will you cope. Spain is well known for it's love of jamon (cured ham) and it's not uncommon to order something vegetarian only to be presented with a dish of lettuce, grated carrots and a strip of meat on top. You get funny looks as if everyone loves jamon, and you clearly made a mistake in ordering.

Although your holiday is supposed to be relaxing, how can it be when you've no idea how to source animal-product-free (APF) snacks abroad let alone describe them in a foreign language! Spain's vegan community, though developing, is fairly well-hidden. So what if Malaga hosted the International Vegan Fair in 2013 or its airport has a vegan vending machine? That may help you get those all-important snacks before your 3 hours of vegan-free airspace on the flight home, but the real challenge is finding APF restaurants or bars, and knowing what you can safely order.

So here's our Top 5 when you're out and about, trying some traditional tapas in a local bar or bodega 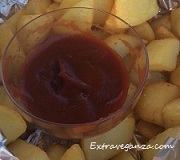 1. Patatas Bravas
Happily on any and every tapas menu in Spain, these small chunks of roast potatoes with a spicy-ish tomato sauce have the carbs you'll need to get you through a day of sightseeing.

N.B.:They are sometimes served with mayonnaise as well as the tomato sauce, so you'll need to check. Here are three free Spanish phrases to get you by: "Salsa separada!" and "Salsa a parte" (which mean that sauce should be on the side) and "Sin huevos, sin leche" (without eggs and milk). The word "vegan" isn't widely understood in Spain and "Vegetariana" does not quite cut it. 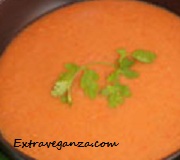 2. Gazpacho
This firm Spanish favourite is a true APF dish, even though it has a deliciously creamy texture that comes from the blend of olive oil and tomato. A perfect soup for any hot summer day. 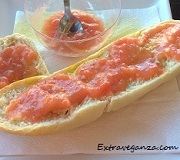 3. Pan con tomate
Pan con tomate is traditionally a breakfast food in Spain. It doesn't sound quite as glamorous in English and is, if we're honest, toasted bread with olive oil and tomato.

However, something happens when the garlic mixture is rubbed elaborately into your toast, and salt is sprinkled over the tomato paste. It turns into a delicious breakfast that is completely APF. 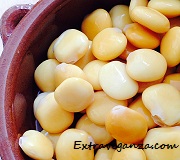 Lupin beans - gluten free and one of the highest sources of plant protein available (40%). These are Jack's magic beans, we swear. Readily available in supermarkets, and bars while drinking beer, these are crunchy and filling. And good for you. Who knew. 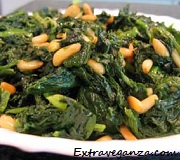