Travelling around England? Hoping to find some fun eateries outside London and Brighton. Hmmm. Our current advice when travelling outside London and Brighton in England: stock up on Nakd bars and stay at home! If you happen to head North of the border, Glasgow is awash with trendy, fun, and exciting restaurants that are animal product free. Our favourites are below, with 78 at the top of the pile. And in Edinburgh, get thee to the Baked Potato company just off the Royal Mile. The vegan haggis is the stuff of legends!

It can be surprisingly tough in London for restaurants that seek to sell animal-free food. Saf, which was a totally vegan restaurant, recently closed its doors (it seems like the closure is permanent). The problem, we think, is one of marketing. How to get the plus one to be enthused about vegan food. We think the restaurants below are up to the job.

The Gate Islington, 370 St John Street, London EC1 (020 7278 5483)
Beautiful wooden floors and tables, subdued lighting and wonderfully presented dishes. The Gate Islington feels classy, clean and cool. We are huge fans. If we had a criticism, it would be that the portions can be a little small. A side order of delicious polenta chips more than makes up for that however. And what desserts! This places makes some of the best APF desserts in London, full of the creamy flavours that you thought you would never taste again once you made the switch to an APF diet!

Tibits, 12-14 Heddon Street (off Regent Street), London W1 (020 7758 4112)
Vegetarian restaurant founded by Swiss brothers who were frustrated at the lack of vegetarian options in Zurich. This restaurant is part of an expanding empire (7 in total, 6 in Switzerland). Food is self-service and sold by weight. If you are anything like us, you'll pile your plate up and suddenly be paying a tenner! They have a bar, and are open until midnight Thursday to Saturday. This is more like it: fun and not too expensive. If it were 100% vegan, it would get top marks. Look out for special vegan-only days in response to customer demand.
www.tibits.co.uk (for daily menus, special vegan days and opening times) 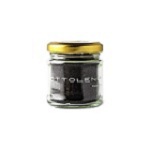 Ottolenghi, 63 Ledbury Road, London W11  (020 7727 1121)
So, for the purists among you, this is not 100% animal product free. However, for our money, this still has some of the best vegan food around (even if only a few dishes). When you put that together with the simple cafe setting, this place is hard to beat. They don't take reservations and the seating area is small and often rammed so don't go at a peak time. There are now branches in Islington and Belgravia, but this is the best. Nopi on Warwick Street is also part of his burgeoning empire, although the vegetarian choices are more limited, and vegans may have to make do with a side order of vegetables (which frankly is what you're used to doing, but you do expect more when going somewhere fancy and we don't blame you!)
www.ottolenghi.com (for daily menus and opening times)

Mildreds, 45 Lexington Street, Soho, London, W1F  (020 7494 1634)
We really want to love this place - and when we need a big serving of pie and cream or a stir-fried thai veg in plum teriyaki sauce with tofu and cashews (we're getting hungry again!) we go straight away - BUT - expect to: a) beg and queue for a table and b) hear every syllable of the conversation between the couple sitting next to you. Best to keep your hunger at bay for non-'peak' times (i.e. meal times!)

Amico Bio, 43 New Oxford Street, London WC1A (020 7836 7509)
One of two restaurants in London owned by chef Pasquale Amico and his cousins. Food is often sourced from a family-owned farm in Italy. It's vegetarian, not vegan, and they have from time-to-time slipped up on what is vegan and what is merely vegetarian. However, that will change over time. The homemade breads are delicious, as are the pastas made onsite. The Barbican branch has a slightly better ambience and decor. The New Oxford Street restaurant used to be a homely Italian restaurant and the decor has remained the same.

Food for Thought, 31 Neal Street, Covent Garden London WC2H (020 7836 0239)
Well, we'll sound grumpy if we don't sing the praises of this place. And there is something to be said for a reasonably-priced, vegetarian restaurant in the heart of the West End. Its longevity is testament to something. Equally, you will find the standard fare of stripped pine and lentils. We want to love it more, and you will undoubtedly go. Vegetarian and vegan options, and always a crumble or mashed potato on offer!

Manna, 4 Erskine Road, Primrose Hill, London NW3 (020 7722 8028)
This is an institution that aims to get the right balance between health and modernity. It's been going for ages, but they have abandoned the original decor in favour of a warm and relaxing blend of off-white and wood with a Morris-feel wallpaper. The menu is now 100% vegan, and it has become the place for the local Primrose Hill set to while away a Sunday afternoon. It's an improvement on 1970s-style vegetarian restaurants and they do offer great flavours, although on our visits we have often been more impressed with the desserts than the main courses. Presentation can be quite earthy, and the vegetable sides have sometimes had a slightly dated, boiled feel..

Brighton is home to Terre a Terre and VBites (they now sit opposite each, after V Bite's move from Shoreham). We may be lone voices, but neither of these restaurants makes our top pick. We have found the staff at Terre a Terre a little supercilious, when we have dared ask whether they have a table last minute, and as for VBites, well if you want chicken, get chicken. We think you need to sell the great flavours of vegetables and pulses, rather than having them pretend to be the limbs of animals. 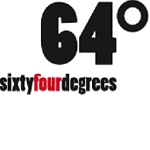 64 Degrees, 53 Meeting House Lane, Brighton, BN1 (01273 770115)
Not a vegan restaurant, but we cannot sing the praises of this delightful restaurant enough. Chef Michael Bremner prides himself on creating made-to-order vegan dishes. We have been twice, and had the most wonderful vegan food. Ambience is perfect, with a relaxed modern feel and a rich, welcoming colour scheme. The restaurant is small and reservation is a must (which gives you the chance to remind them that you'll be expecting some mouth-watering vegan treats)

Gourmet Girls at Fanny's of Hanover, 135a Islingword Road. Hanover. BN2 (07789 963710)
Another must if you're in Brighton, although you'll need to time things well. Paula runs a pop-up dining club in various locations across the city. Her desserts are so good, you'll refuse to believe they're vegan. Beg for the buttersotch cheesecake. It's BYO, so you'll save a few quid too. Surroundings are slightly boho, but the puddings make it worthwhile.

www.titbitscatering.co.uk (for precise locations and menus)

Food for Friends, 17-18 Prince Albert Street, The Lanes, Brighton BN1 (01273 202 310)
This is to Brighton what Manna is to London: an institution that manages to change with the times. There is perhaps a touch too much stripped wood for our liking, but the place has a warm and friendly buzz. It's vegetarian not vegan, and we have found sometimes that vegan options can be quite limited. However, there are some vegan classics like crispy tofu and coconut curry that will keep you full. Definitely worth a visit.

www.foodforfriends.com (for menus and opening times)

A surprise to those South of the Border is quite how vegan-friendly Glasgow is. In large measure, this is due to the expanding music-themed empire that is Mono/Stereo/78. However, as a result of the success of these venues, and of course the large student population (which accounts for over 15% of the population during term-time), the city has a number of vegan and vegan-friendly cafes, restaurants and bars. They do however tend to be more grungey, which a whiff of the 70s about them.

Our favourite vegan eatery in Glasgow. Part pub, part student cafe and part restaurant. Well-worth popping in for the lunch specials, and their famed vegan burgers. More pub than restaurant at night time, so we recommend this for a leisurely afternoon of eating and people-watching. Expect tatty Queen Anne armchairs rather than plush leatherette.

When that oft-occurring urge for Mexican food hits, head to this trendy, dark wood, dark lit bar and restaurant. It's always bustling and buzzing and the massive portions of tasty seitan burritos, quesadillas and nachos will hit the spot, every time. Order some Mexican beers and potent cocktails too. Warning: don't sit near the Ladies' loo.

Voted UK’s Best Vegetarian Restaurant for 2013 and 2014, which is testament both to the quality of food at Mono and to the dearth of good vegetarian restaurants in the UK. Mono is 100% vegan, and serves the sort of pizzas that you crave when you switch to a vegan diet. Has the vibe of a student union, with a second hand record store and book shop on site.

Make no mistake. This list is not comprehensive. And there are very, very few vegan-only restaurants. You won't find much raw in our list either. Cold food simply doesn't to us have the comfort factor that you need after battling icy winds and stressed commuting hordes on the mean streets of England.

You'll read lots of guidebooks and websites that tell you about the abundance of restaurants in London and Brighton. They'll tell you about places that have 5 stars and awards commending them as the Vegetarian Restaurant of the Year. You probably won't find many of them here, either because they fail the pot plant test or because they serve vegetable stodge where one dish looks much the same as the other. Or perhaps because they have ubiquitous 60s varnished pine tables and stainless steel water goblets (You know the kind). We relent sometimes (see Food for Thought) but mainly because these places are institutions. You go because they are part of the fabric of London, but they are not, however much we love their existence, sexy. Food should be fun and exciting. There is, to quote Bernard Shaw, no sincerer love than the love of food.

Comments and complaints welcome. You may not agree with our opinions. Log onto the blog and rant away!